We would like to welcome our new head boy and head girl to their positions.

After bravely presenting a speech to the school where they needed to explain why they would like to take on the challenge there was a general election. It was a very close contest so it was decided that each term the role will be given to a different person.

We are confident that they will represent our school well to visitors and other schools. They will lead by example to be a good role model for younger children. 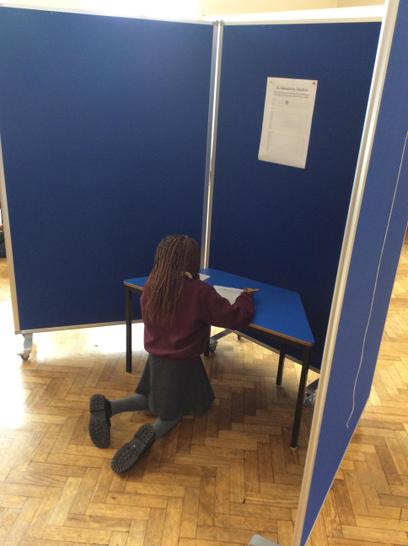 We would like to say a big thank you to our previous head girl Muna and head boy Heok, they have been a wonderful example and represented the school very well.

Congratulations to our new head boy and girl:

We are positive they will also make the school proud of them.

In September, the children looked at our classroom rules and why we need rules. We discussed the question: What are the rules to respect?

How do we have a democracy?

We created our own polling station to debate current issues.

The issues we felt were most important:

Supporting local libraries to digitise parts of their collections.

Which laws are most important?

We had a debate to discuss whether criminal laws or civil laws were most important.

How do we make things fair?

In Nursery we like to vote to choose a variety of things. When we are on the carpet and it is story time, we vote to choose which book we would like to read. The children understand that the story with the most hands up is the one that is read to us.

In the outside area we take a vote for which sheds we would like to be open and available to us in our play. The children love to take the lead on making these decisions. 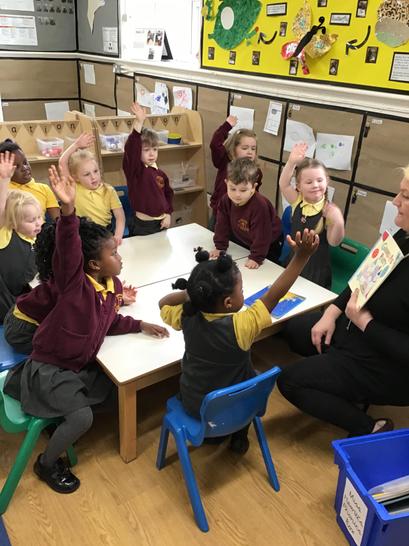 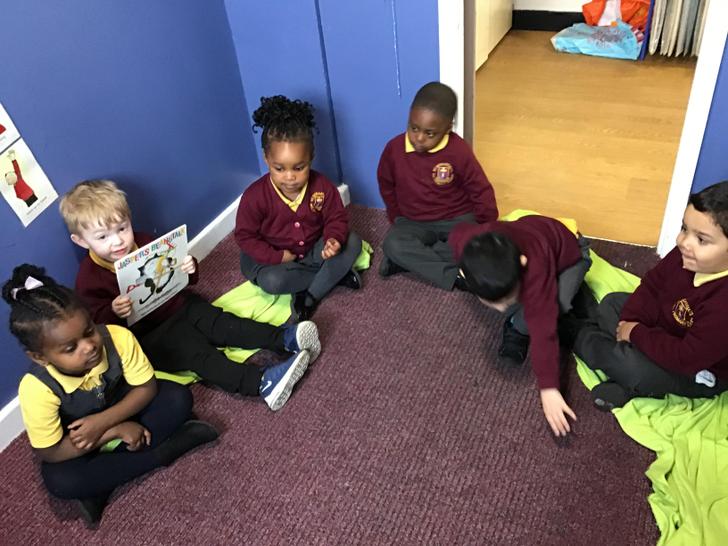 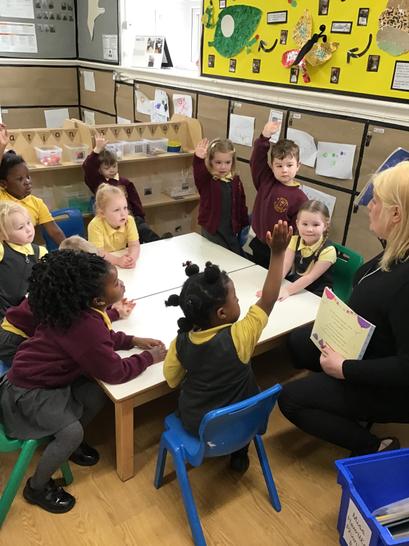 As part of our work around the Suffragettes, we were examining the meaning of democracy and why it is important in our world today. We found that democracy ensures that our system of voting is as fair as it can be. 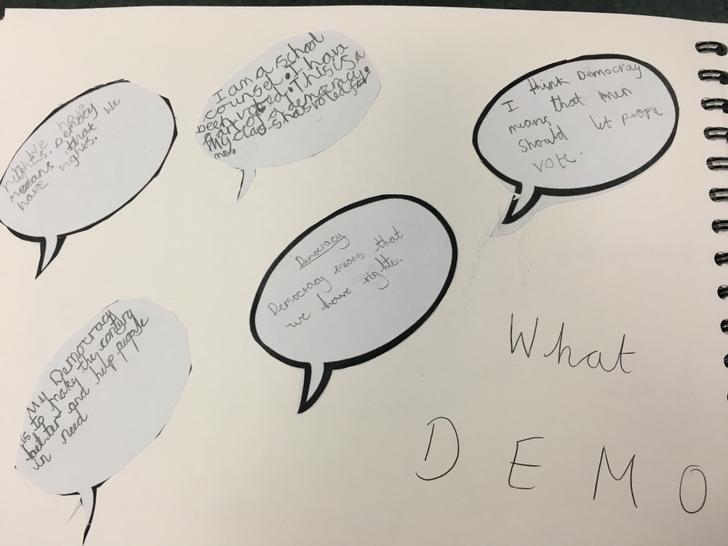 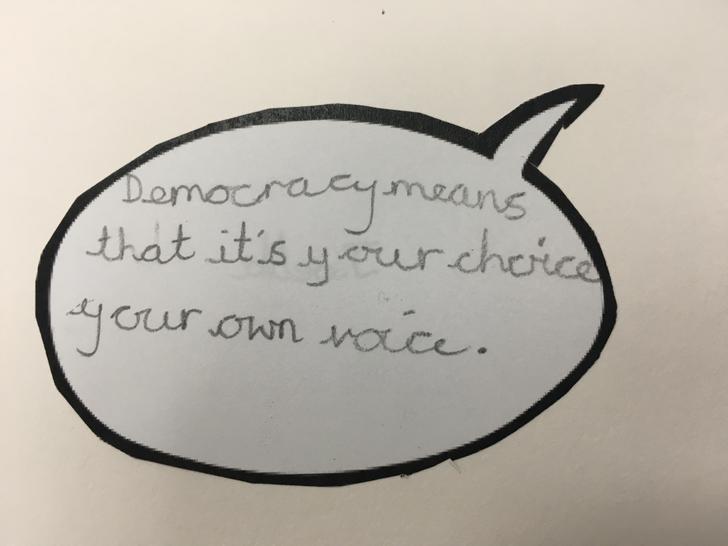 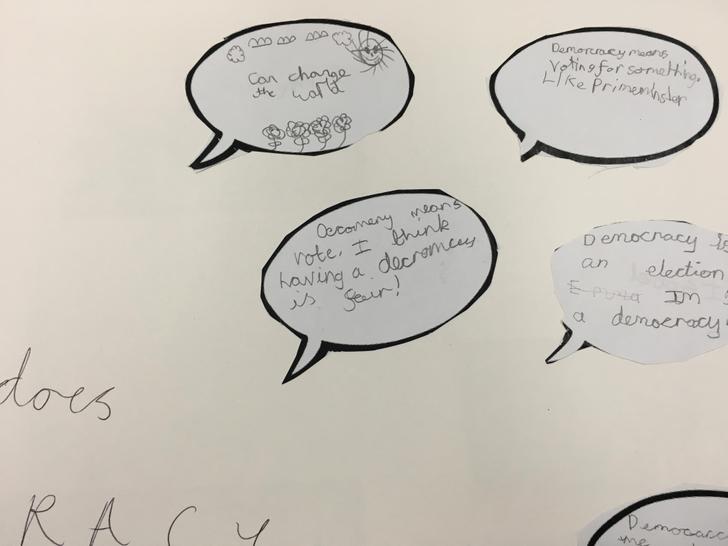 The King Who Said No!

As part of our Bible study, we were examining what is meant by democracy and why it is important to allow everybody the right to vote.  Through the story, the children decided that the King was unfair as he did not allow the people of Israel a choice resulting in ten plagues.  We discussed how being allowed a vote meant that people were equal and the King did not like that.  The children then depicted their interpretation of this story through a picture. 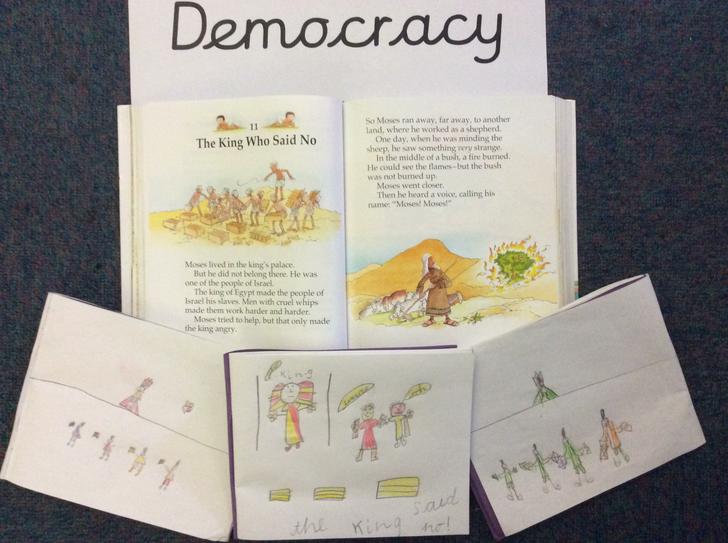 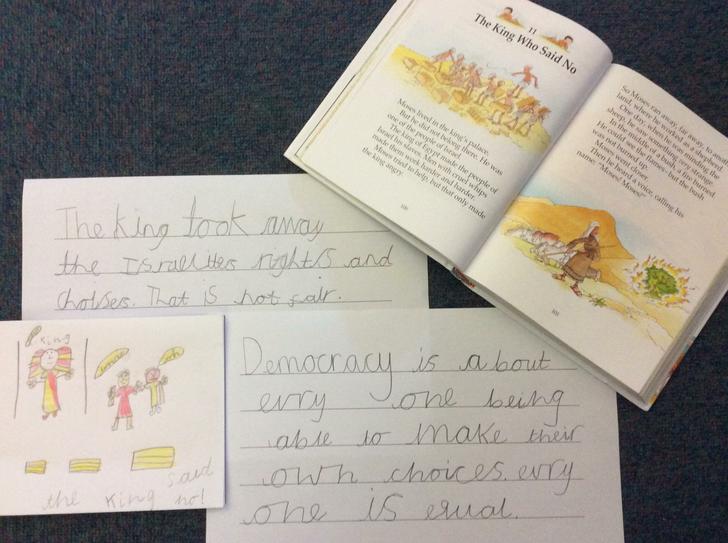 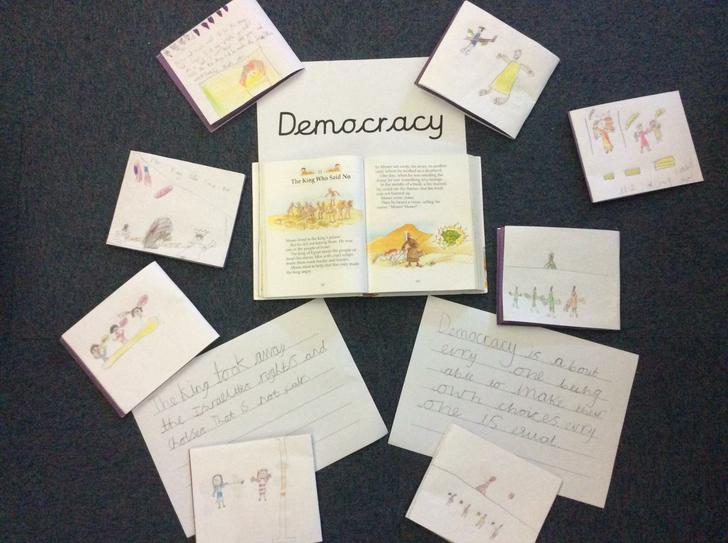 In Year 2 we discussed the concept of Democracy and the importance of everyone having a voice. We agreed to vote for our new school counsellors. We started by discussing the role of the school counsellors, and then asked if anyone would like to represent our class. Several children wrote a short statement explaining why they would be a good school counsellor. Then the class voted for a boy and a girl counsellor by completing a voting slip and putting it in the ballot box. Finally, we counted the votes and elected our counsellors.

Unfortunately not the ones with chocolate chips.

Some cookies are necessary in order to make this website function correctly. These are set by default and whilst you can block or delete them by changing your browser settings, some functionality such as being able to log in to the website will not work if you do this. The necessary cookies set on this website are as follows:

Cookies that are not necessary to make the website work, but which enable additional functionality, can also be set. By default these cookies are disabled, but you can choose to enable them below: